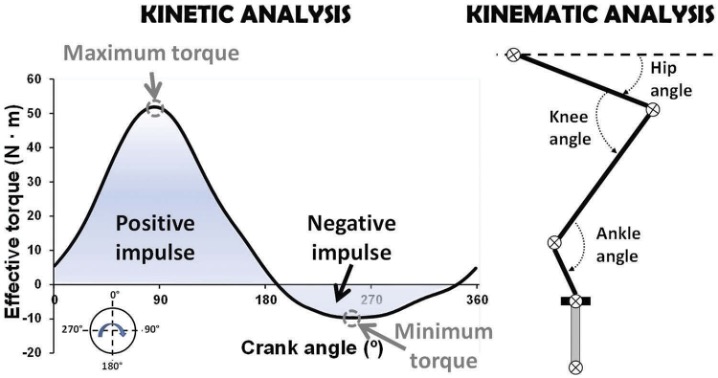 The myth of the upstroke has already been debunked in the 1980s by Dr. Jeff Broker, but the pulling technique to improve the pedal stroke in road cycling is still controversially discussed today.

Two misunderstandings of scientific data are responsible for the debate.

The upstroke myth is very much alive. Every novice cyclist will be told at some time by someone that an efficient pedal stroke requires not only pushing the pedal down but pulling up with force.

Consequently, we at Bythlon are often in the focus of the upstroke controversy. We created the Bythlon Pedal System as a safe alternative to other cleat pedals systems. The Bythlon Pedal does not lock the cleat in - it uses a patented formfitting connection, and the cyclist can step out any time by lifting the shoe.

You can't pull up a Bythlon pedal to create force. So you can imagine that the social media comments we receive often center around the question: "How can I pull with this pedal? Everyone knows that experienced cyclists use the upstroke to create additional power!"

We respond with scientifically-based facts and point to our website that summarizes our scientific research and links to the available studies.

However, we get the idea from the dialogue with these upstroke believers that they don't understand the data, find the studies are too old, that they are 100% sure to have an upstroke, and insist that at least the professional riders "pull."

Long story short: Nobody creates a force in the upstroke, not even professional cyclists. To prove this is hard. It is almost impossible to obtain power meter data from professional riders for competitive reasons.

Almost. Juan Garcia-Lopez, a sports biomechanics researcher and professor at the University of León in Spain, worked with a UCI Proteam, the Euskaltel-Euskadi cycling team, on his study from 2016: "Differences in pedaling technique between road cyclists of different competitive levels."

It probably helped that Professor Garcia-Lopez was the team's Head of Biomechanics and Bikefitting from 2005 to 2010.

This diagram is a common way to display the power dynamics of a power stroke and cause for misunderstanding number one. The misunderstanding we often find here is that the negative impulse is wrongly assumed to be a pulling force. Instead, the cyclist can't unweight the leg fast enough when pulling up. Consequently, it keeps pressure on the pedal that reduces the total power available. It is not pulling up but holding back the pedal! It is a negative torque.

The study compares professional cyclists from the UCI-ProTour team Euskaltel-Euskadi with elite cyclists from a UCI Continental team and competitive club cyclists who cycled 5,000 to 15,000 per season.

The results show that all three groups have negative impulses but that the pro-riders had a lower minimum torque (less negative torque values) during the upstroke than the elite and club cyclists (between 15.4% to 28.7%).

What do we take from here? First, the Pros are better to unweight their legs during the upstroke phase; they can get the lower limb up faster. Secondly, not even professional riders create force in the upstroke.

The practical application of this finding is that it makes no sense to clip in. The cleat will not disconnect from the pedal during the upstroke. The performance advantage of cycling with road bike shoes and cleats results from a better power transfer from foot to pedal, not from a pulling force.

That leads us to another profound misunderstanding in the cycling community. The reason why you should pull up your pedal: It makes sense to train "pulling" not to create a force as often wrongly assumed but to lower the leg's resistance in the upstroke.

Concluding: There is no point in clipping in. Ride strong, stay safe!

The performance benefits of cycling shoes, facts and fiction